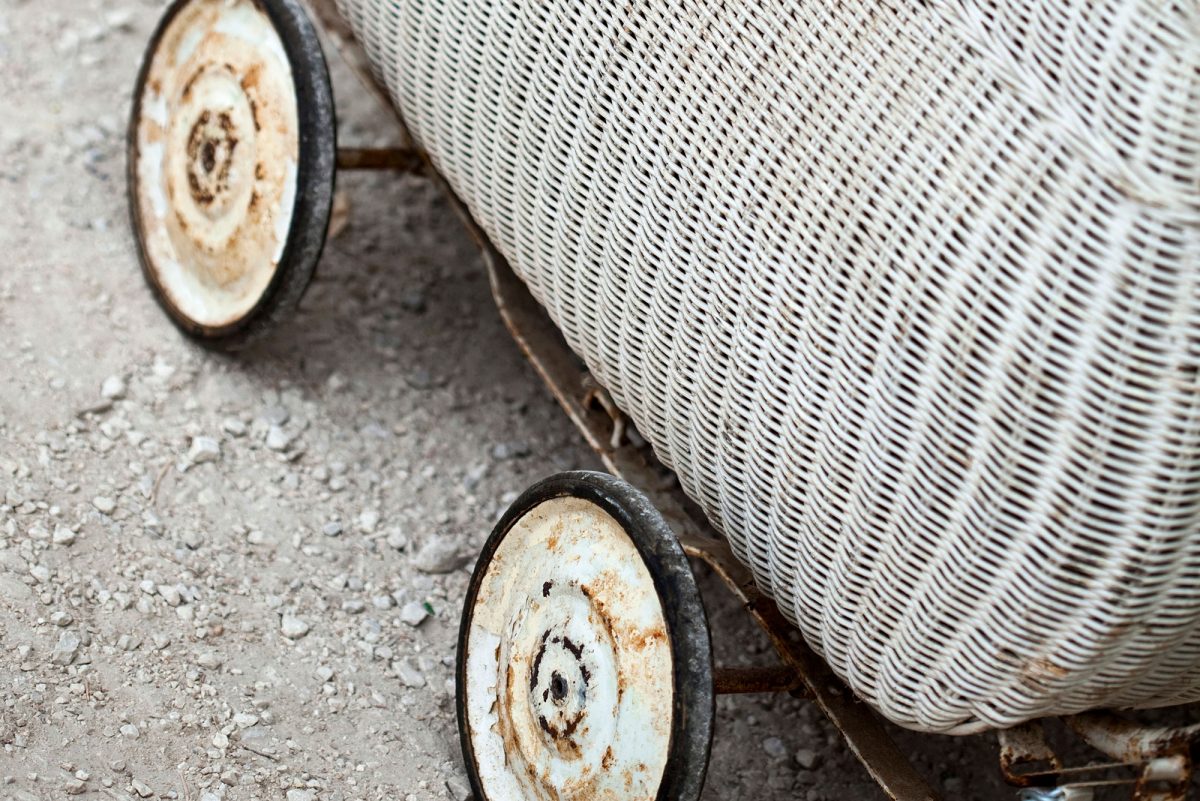 Prams Through the Ages

Prams are a funny thing. Firstly, there are many names - stroller, pram, pusher, buggy - the list goes on. Secondly, they can be quite cult like can’t they? I bet you never found yourself checking out some ladies pram in the supermarket pre kids did you? Yet now you see a certain brand and go ‘Oh I love the new shade of that sun cover” or “I wonder if they like the side by side configuration?”. I remember the story my own grandma told me of her pram which had a bassinet, and a step seat for the second baby, and she pushed it into town every day - no belts, straps or even a brake involved!

Name wise, each one has a slightly different meaning. A stroller for example is the more lightweight, umbrella fold that is most suitable for older children. A pram traditionally is for babies and smaller children and is more bassinet in feature - it’s designed for them to be laying down, and doesn't usually fold flat. A pusher or pushchair on the other hand is what we would commonly probably refer to as a pram, and what we see most people using these days. This is because they are perfect for any age, and come in world and parent facing mode. They also fold fairly flat but can be bulky depending on the brand.

Name aside, the old device we’ve used for years and years, which takes a battering from carting the kids from A to B has come a long way through the years. Namely, safety precautions and regulations have come leaps and bounds, and for good reason. For the purpose of this blog, we’ll stick with using ‘pram’

Historically the pram was only for the very wealthy and elite in England - it was invented in Devonshire, and was designed to be pulled along by animal, similar to the horse and cart concept you see today but on a much smaller scale. Fast forward a hundred or so years, and prams were now more commonly used among all classes, and were designed to be pulled along by parents. They could be made of wood or steel but safety was not on high priority, with the design high from the ground, a shallow seat, and certainly no safety straps. Another 50 years along and the design and fluidity of the pram was really starting to evolve and take shape - no, they didn't have drink cups, faux leather handle bars and the option to vinyl wrap, but they did start to get some fantastic structural changes that allowed parents to more easily swivel their wheels instead of having them in a locked axel.

The year that we like the most, was 1920. Why you ask? Because safety was introduced! Deeper prams! Larger wheels! Lower base frames so there was less height to fall from! And even better, footbrakes - a huge safety requirements on all prams that has followed through to this day. From here it wasn’t long until the heavy wooden frames started becoming replaced with cheaper and more accessible parts like rubber, and prams became mass produced for parents of any socioeconomic status.

By 1930 we start to see the introduction of the various types of prams. With air travel becoming hugely popular, the umbrella folding stroller was invented and sold by the thousands. In 1950 active parents no longer had to decide between keeping up with their hobbies and fitness, or spending time with their children with the creation of the 3 wheeled pram - originally with bicycle wheels, to withstand running through the sand! And of course the lives of parents with more than one child became immensely easier when the side-by-side ‘Twinner’ came to life.

Given that seat-belts were not a standard safety feature for cars in Australia until the 1960’s, it’s easy to see how it took until 2008 for the 5 point harness to be an Australian Safety Standard on all prams. The 5 point harness means there are two straps over the shoulders, two around the waist and one between the legs all joining to hold the baby securely. The 5 point harness is excellent at holding in a 2 year old tantrum after you’ve had to leave the park, even if you have been there for an hour and its starting to rain! It will not however, stop the crying or put an end to the tantrum. Sorry parents, you’re on your own there.

These days new prams are being created daily. You can face your baby world or parent facing, adjust your handle bar length, choose a different colour for your sunshade, and convert a one child pram to a double pram with a few clicks. Bassinets become seats with a few shape shifting moves. You can add snack strays, snack holders, and you’ll always find remnants of aforementioned snacks under the seat lining. You can spruce them up with seat covers and you can attach toys to the side. You’ll be asked to leave your pram outside of cafes, or given ‘tuts’ when taking up too much footpath - you’ll also probably notice some mums checking our your pram just as you once did to theirs.

But at the end of the day the pram will be your best friend. Whether you’ve gone for the luxury high end pram, the plastic umbrella style or a good sturdy option in the middle somewhere, never will you be happier you purchased a pram than when you have to take your kids into the supermarket and attempt to use the trolley straps that couldn't hold a frog let alone a child who is desperately trying to escape to the bananas. Nor when you’ve walked into your old favourite cafe and realise that now as a parent your best option is definitely in paper instead of glass, and you can walk away without having to try and manoeuvre your three or four wheels between rows of tables that you never previously noticed are way too close together! Luckily for us, safety, comfort, style and affordability now roll easily together - you can scroll our full range of prams here.